skip to main | skip to sidebar

There you have it, folks. How to heckle just about every player in the major leagues. Feel free to use this guide throughout the year. If you want to print it out and take it to the ballpark, hey look, there's a downloadable PDF to your right there. Have at it. After all, it's free! And nothing tastes better than free. 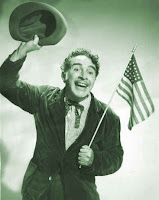 Abreu, Bobby - In 2006, Abreu was traded to the Yankees along with Phillies pitcher Cory Lidle, who died a few months later after flying into a residential building in New York. Use convulted logic to place the blame for Lidle's death on Abreu.

Cabrera, Melky - Tell him you're starting your own version of the "Got Milk?" campaign, which explains the white moustache you're currently sporting. However, since you were unable to find the bone-strengthening beverage you've had to settle for something else instead. And this one's much stickier.

Canó, Robinson - For the life of him, Canó's cannot ever take a walk. Harass him for caring too much about his personal glory rather than the plight of his teammates. Jackie Robinson, who he was named after, wouldn't have been so selfish.

Chamberlain, Joba - Wear a trenchcoat and let him know that you have a wide variety of illegal black market bug spray inside if he's interested.

Damon, Johnny - A fan favorite while in Boston, ask him if it's worth the extra Yankee money to have a bunch of people basically not care about him at all.

Ensberg, Morgan - Comment that it's great to see Ensberg finally make the jump and turn into a quality baseball player. Then ask your friend for today's newspaper, look at the date and exclaim, "Wait a minute! It's not 1995?!?!"

Farnsworth, Kyle - A pitcher who has all of the talent in the world but somehow just can't get it to translate into being good, suggest his horrible career is the universe's comeuppance for Philo Farnsworth creating the medium that allowed According to Jim to exist.

Giambi, Jason - Continually confuse him with Jeremy. When someone corrects you, comment that there's no way that's Jason Giambi out there; you remember Jason being a little bit larger and a whole lot better.

Hawkins, LaTroy - From Gary, Indiana, get halfway through the relevant song from The Music Man, but break down midway in a coughing fit from the pollution.

Hughes, Philip - Since he'll probably be sitting on the bench nursing an injury when you head to the park, bring a mini-TV and replay his near no-hitter from last year where he had to be taken out of the game after pulling a hamstring. Let him know that he should consider this mini-TV a gift, a living memory of the one single moment where he achieved the most he's ever going to achieve in his life. And then take the TV back because you're not made of money.

Jeter, Derek - Dress up like a sabermetrician and criticize his horrendous defense using a variety of charts and graphs. However, comment that there is justice in the world seeing that A-Rod, a superior player in every way, is making twice as much money. Thank you, America!

Kennedy, Ian - Looking at his stats, comment that it was definitely worth it for the Yankees to keep him instead of using him as part of the deal to get Johan Santana. Yeah, definitely worth it. Make sure he knows you're being sarcastic.

Matsui, Hideki - Nicknamed "Godzilla", blow his mind by explaining the interpretation that the monster movies are meant as an allegory to the horrors of nuclear technology. End your lecture by asking Matsui if he got the nickname because, like Godzilla, he doesn't have a penis.

Molina, José - The middle child of the Fantasy Catching Molina Brothers, ask him if he feels left out because parents obviously love their eldest and youngest children much more than the ghastly mistake of the middle one.

Mussina, Mike - Mussina has had more near no-hitters and near perfect games than any other pitcher in recent memory. Ask him why he doesn't have the tenacity or brain power to fully complete a work of perfection unlike, say, Hideo Nomo, who has two no-hitters.

Pettitte, Andy - Dress up like Roger Clemens and give Pettitte your best come hither look. When you get his attention, bend over and take it like a man.

Posada, Jorge - Considered one of the best catchers in the history of baseball, remind him about what happened to the last great Yankees catcher. To get your point across, deliver the tale while wearing a handlebar mustache.

Rasner, Darrell - A health ecology major in college, quiz him on what the loss of a keystone predator means for an ecological system. When he has no idea what you're talking about, as an example use his mother who, if she wasn't around, wouldn't be able to consume the millions of gallons of sperm she currently does, allowing them to run rampant and destroy our ecosystem.

Rivera, Mariano - A deeply religious Christian, Rivera maintains that God has a reason for everything, as evidenced by the Yankees losing the World Series in 2001, allowing his friend Enrique Wilson to not be aboard an airplane that crashed on its way to the Dominican Republic. Hint that maybe God's just a Diamondbacks fan. When Mo shakes that theory off, ask him what God's reason was for killing Lou Gehrig.

Rodriguez, Alex - For all the MVP awards and the stats and the Gold Gloves, the one thing that is still missing from A-Rod's mantle is a championship ring. Meanwhile, that person standing right next to him has a whole lot of rings. Suggest A-Rod borrow one.

Wang, Chien-Ming - There's really no better place to end this entire list of heckles, most of which are juvenile dick jokes showcasing the author's inability to get past a 5th grader's intellegence level, than with the word Wang. So, there. Call him "wang".
Posted by Rick at 12:05 AM 1 comment: 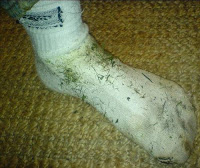 Anderson, Brian – Tell Anderson that he’s earned his initials of “BA”. However, in this case, they don’t stand for “Bad Ass” but for “Bad At-the-plate”.

Buehrle, Mark – Known for being one of the quickest pitchers in all of baseball, taking less time between pitches than any of his counterparts, let him know that speed is not always a virtue, such as when you’re having sexual intercourse with his mother. Conclude with a hearty “Booya!”

Cabrera, Orlando – Let him know that, despite the variety of defensive accolades he’s received throughout his career, you know the truth is that he’s merely an average fielder. Support this argument with a variety of dorky statistics.

Contreras, José – Just for the heck of it, inquire as to the current state of his marriage.

Crede, Joe – A direct descendent of the Renaissance painter Lorenzo di Credi, remark that his late relative’s depictions of the baby Jesus are ghastly to look at, seeing as the Child Savior was always drawn so pudgy.

Danks, John – You can try, but whatever heckle you plan on using, you’ll just end up settling for some kind of reference to the quality of the weed you are currently smuggling inside your own anus. Embrace it.

Dotel, Octavio – Imply that he got his name from Octavia, the sister of Roman Emperor Augustus, who most likely had plenty of sex with her, seeing as that’s what the Romans are known for.

Dye, Jermaine – Constantly chanting “fractured fibula” in a monotone voice should be enough, but if it isn’t, bring along a plastic leg from a medical supply store that you can use to point out exactly how the fibula is, and always be, structurally weakened after such a horrific break.

Fields, Josh – Remind him that, usually, young sluggers of his ilk are actually in the major leagues instead of toiling in Triple-A. That’s got to hurt his self-esteem a bit.

Floyd, Gavin – Criticized throughout his career for not “going after” hitters, let him know that he’s right to be fearful of batters, seeing as they are generally much, much more talented that himself.

Hall, Toby – Hall has been known to dye his soul patch different colors to mark a variety of occasions throughout his career. Let him know that this is cute, and that you’re happy he’s keeping himself busy while on the bench, which is often.

Konerko, Paul – Ask him if he regrets choosing the Sox over the Angels yet. When he shakes his head "no", start listing all of the incredible hot actresses currently residing in the greater Los Angeles area.

Linebrink, Scott – One of the better setup men in baseball, remark that you got something he can hold, with the heavy implication that you’re speaking about your genitals.

Owens, Jerry – In line for the job in center field before he got hurt, and then Carlos Quentin’s bat took over in left field, remind him of how close he was to being a star by holding your thumb and forefinger mere centimeters apart. Comfort him by suggesting to look on the bright side: He doesn’t have to feel obligated to hold onto himself in fantasy leagues anymore.

Ozuna, Pablo – Don’t worry too much about him, seeing as he’s a role player who comes off the bench once a week or so, but if he does end up in the lineup when you’re at the game, just add “Bl-” to the front of his last name and be done with it.

Pierzynski, A.J. – Calling him a cheater for his drop-third strike incident of the 2005 ALCS is old news – he didn’t cheat, anyway – so instead, make fun of his horrible wrestling promotions for TNA wrestling, something he had to settle for because he wasn’t popular enough for WWE.

Quentin, Carlos – There’s no point in even suggesting a heckle here, because we all know you’ll only get halfway through it before you’re distracted by his dreamy eyes, bulging biceps, and incredible eye at the plate. Next!

Ramírez, Alexei – Bring your second grade Spelling class to the park, and use Alexei as an example of the common grammatical rule “i before e except if he sucks.”

Richar, Danny – Comment to your friend that Richar better get on the field at some point, or else he’s definitely not going to get any richer. When finished, shoot yourself in the head for saying such a horrible heckle.

Swisher, Nick – Ask him why exactly he looks up into the sky before every pitch. Be ready to reply to his answer by proclaiming there is no God.

Thome, Jim – Dress up as your favorite Project Runway contestant – who will undoubtedly be Christian – and critique Thome’s style of wearing his socks far too high when he comes up to bat.

Uribe, Juan – Don your best Jon Miller outfit and spend the next half-hour saying Uribe's last name with a variety of Hispanic inflections.

Vázquez, Javier – A wine aficionado, exclaim loudly that 1972 was a great year for wine, you don’t care what the experts say. After he gets visibly angry, offer a peace offering in the form of your local grocer’s best 2-Buck Chuck.
Posted by Rick at 12:05 AM 2 comments:

The Heckler's Prospectus is complete. For a copy of the entire text, head over here. Just remember, I'm not responsible for any reckless sport betting. These are opinions only.

And please, feel free to continue sending your emails.